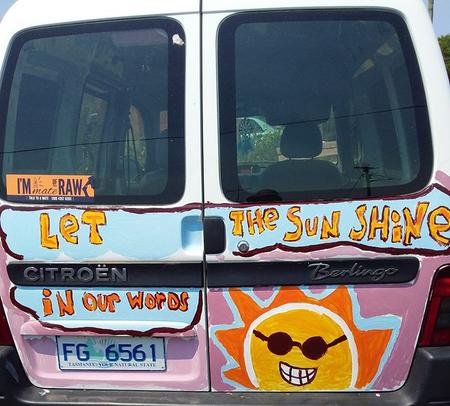 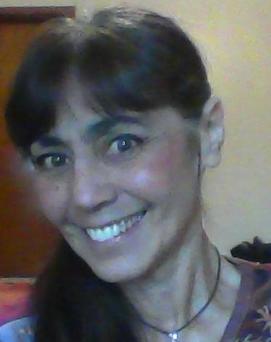 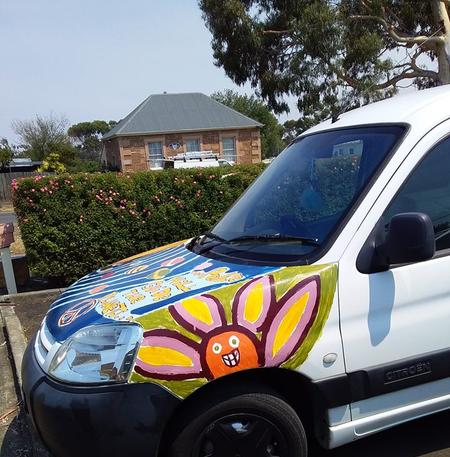 In 2010 to 2012, in order to really focus on her writing and her promoting of her trilogy novel, Eagles of the Rainbow: An Awesome Hybrid... and to save up the money to self-publish...  Joanne lived on a friend's Out West Queensland Australia property, rent-free in this vintage 4 ft X 16 ft caravan. Her toilet and shower were in this rusty, corrugated metal lean-to, about 60 feet from her caravan. 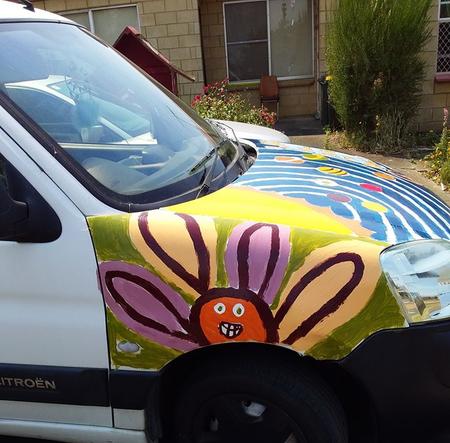 Scroill back up to Menu for lots more. 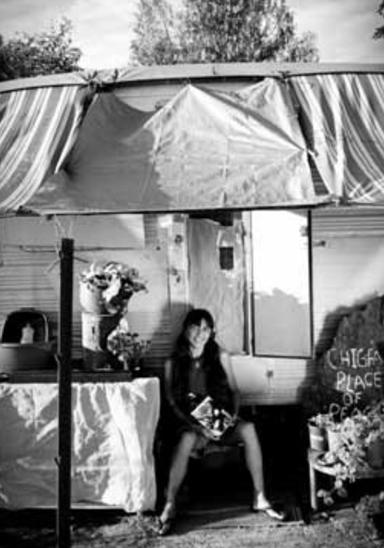 Joanne   LOVES  Expressing   Herself!  She had heaps of fun painting her panel van so in 2019-2020, she and her Katie Cat are off for lots of Aussie road tripping!

Joanne Galliher’s readership began with her blog, Waves of One Sea, where she first shared her peace-promoting and environment-saving short stories and novellas. Now, she captivates audiences with her animated readings through It’s Story Time.  Her campaigns, SOS Save Our Sick and Joey & John Walk & Swing 9 to 3 raise organ donor registrations and lung disease research funds.  Attendees buy her not-for-profit true short story, With Every Breath.  It’s about her 1,187 days from terminal diagnosis to being saved by a double lung donor. Her free writing class, My Precious Past, helps aged-care residents create memoir short stories.

Two of Joanne’s short stories are published -- A New Way of Living: ANWOL and The Potoroos’ Second Chance.  She self-published her serial novel, Eagles of the Rainbow:  An Awesome Hybrid, Volume 1 and Volume 2.  Later she completed it's Volume 3 manuscript.It is a multi-genre tale about her 19th- and 20th- Century Cherokee, Irish, German and Filipino ancestors ridding themselves of all prejudices – racial, religious, gender, age and socio-economic.  An ABC journalist coined it as, “a pen mightier than prejudice.” The Cherokee Historical Society placed its synopsis in their Archives, acknowledging it is a tribute to the Cherokee Creed – Live in Harmony.

As a single parent, Joanne and her daughter immigrated from America to Australia, in 1988.  That experience fills the completed manuscript for her serial novel’s Volume 3. It portrays how they overcame challenging cross-cultural issues.  And so, the trilogy, Eagles of the Rainbow:  An Awesome Hybrid spans from the 19th Century through to the 21st Century.  She endeavors to get it published as either individual volumes or as one trilogy.

Joanne tested her writing skills by completing the final draft of a 50,000-word fictional novella, in 3 weeks.  Since then, she has written 4 more fictional novellas, 1 non-fictional short story and 5 fictional short stories.  Her media releases gained radio, TV and global newspaper coverage for her Eagles of the Rainbow:  An Awesome Hybrid, Volume 1 and Volume 2. She is selling e-copies of that novel, via her website.

Joanne has a BA in Speech Pathology and MA in Communication Disorders.  She was a hospital speech pathologist, for 20 years, helping infants through to adults acquire verbal and/or augmentative communication skills, despite their debilitating medical conditions.  She then turned her career to the wider community, as -- employment caseworker for long-term unemployed, vocational trainer for adults with disabilities, community projects’ coordinator and university lecturer. In her 50s, she was a cattle ranch hand or ‘Jillaroo,’ on some desolate, 22,000-66,000 acre, Outback Australia cattle stations; where she also taught fitness classes.

Sharing her research papers at an Australian National Speech, Language and Hearing Conference launched her into guest speaking, providing over 25 different workshops helping teachers and parents.

Just months before her 50th birthday, Joanne’s 25 acres of Australian rainforests became her off-grid home…Perfectly peaceful for writing. Now in her 60s, her allegiance, ‘the Earth is but one country,’ still permeates her way of living and her writing themes. 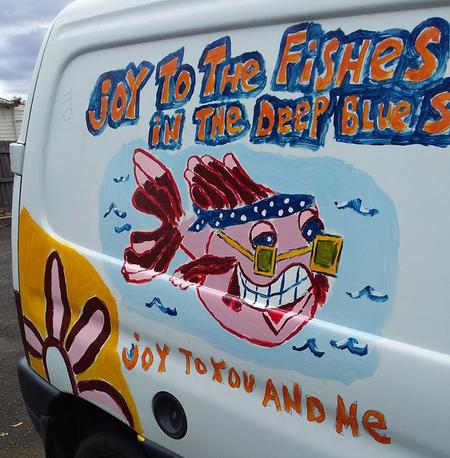 Joanne's little hobble-home for the 2 years when she lived in Out West Queensland Australia when she was 58 -60. There's no sacrafice to great for Joanne to get her writing out the world. 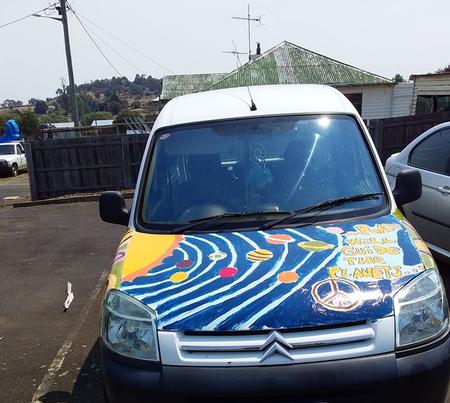 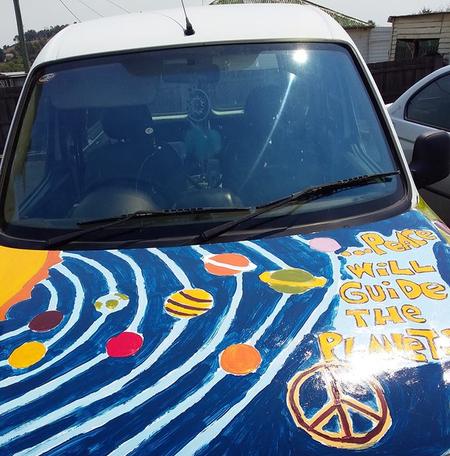